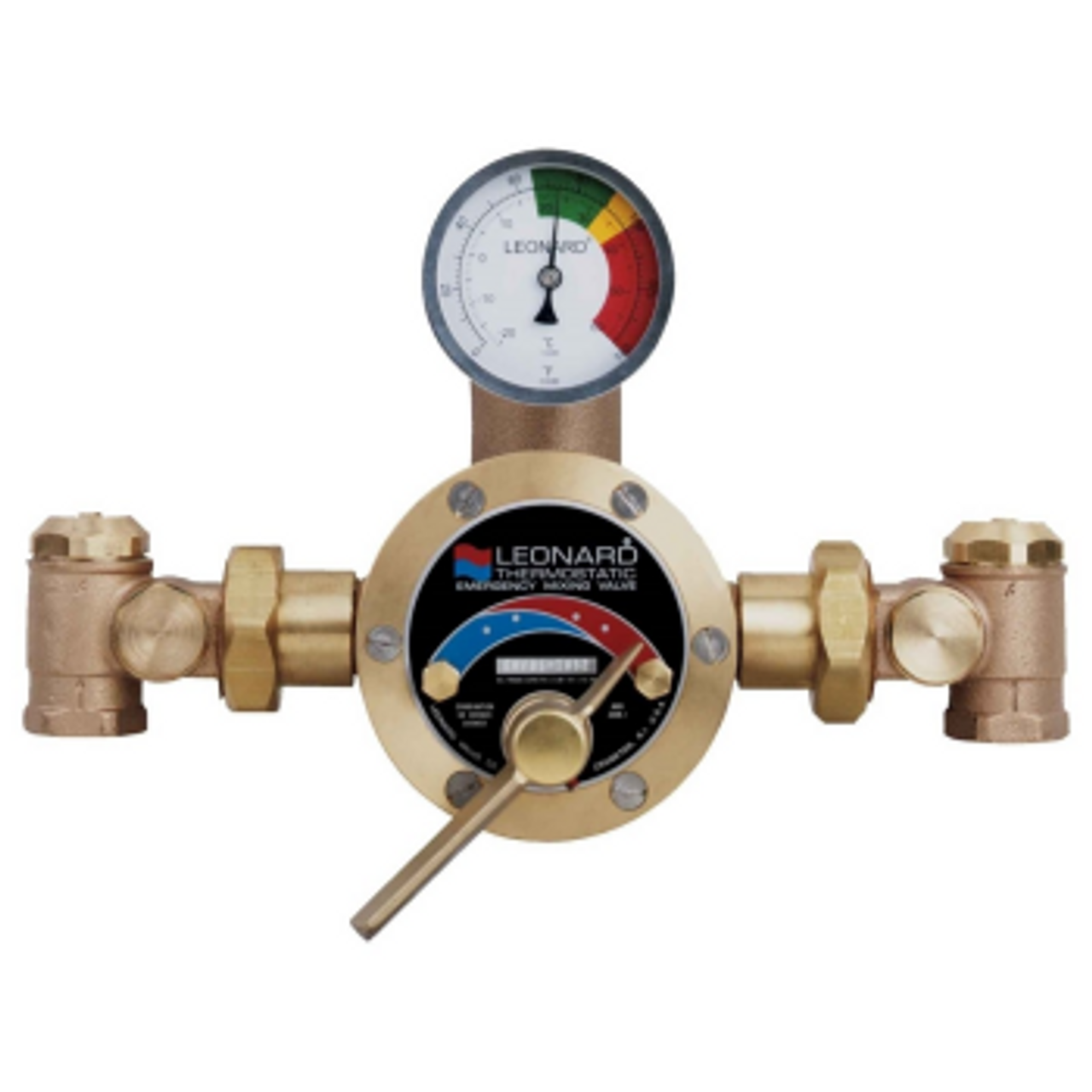 For over 100 years, Leonard Valve has produced thermostatic mixing valves here in the United States and has consistently striven to deliver quality and craftsmanship while meeting the standards of the American Society of Sanitary Engineers. Thermostatic mixing valves like Leonard Valve water mixing valves allow hot water tanks to be maintained at a level high enough to prevent the proliferation of dangerous pathogens, mixing it with cooler water before the point of use in order to improve safety, both by preventing scalds and inhibiting the growth of microbes. This collection also contains Leonard Valve emergency valves which are designed to be used with emergency showers and emergency eyewash stations.